What Every First Time Bail Bond Co-Signer Needs to Know

If you received a phone call from a loved one telling you that they had been arrested, you would likely feel anxious about the nature of their arrest. You would also likely want to know if they will be able to get out of jail. Sometimes individuals are given the option to bail out of jail without needing to have a bond hearing. Certain charges must be presented to a judge who can deny bond or set a bond amount.

The decision to grant a bond will be affected by the charges and their level. Bond amounts are also established based on these things. Some incarcerated individuals may not have collateral or have someone willing to use their assets as collateral for them. This means that a co-signer will likely be needed. The following points will help you to understand more about being a co-signer on a bond.

When someone agrees to co-sign on a bond, they are effectively communicating that they trust the accused individual and believe that they will show up for their court dates. This also transcends that the individual will obey the laws and conditions of the bond while free on bond. Violating the conditions of the bond or getting new charges can result in bond revocations. Choosing to be a co-signer is a serious decision. If the accused "skips town" or misses court, you could be responsible unless they are located.

The cost of a bail bond will be affected by the bond amount. The bail bond company will charge a percentage of the bond amount plus any administrative fees to complete the process. The funds paid are not refundable because the bond company acts as the agent responsible for getting the individual out of jail using their own collateral. The co-signer who usually knows the accused acts as a secondary agent and is regarded as being the individual who makes sure that the accused doe not "mess up."

Modern technology has made it possible to pay a bail bonds company in a variety of ways. Cash, credit, and debit cards are usually options. some bond companies may also accept personal checks. Other options might be Western Union or payment via other electronic payment processors such as Cash App using digital means. Each company will have its own clearly defined options for payment. Some of them may also accept payments rather than requiring that the bond cost be paid in full.

Bail bonds are usually easy to understand. The differences you may notice are the percentages and administrative fee costs between providers. There might also be some jurisdictional guidelines that impact the process, but bail bond services can clarify all details at the time of your inquiry. 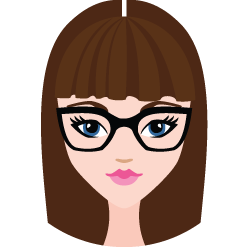 A few years ago, my brother divorced his wife. During the divorce proceedings, his soon-to-be ex-wife went after everything they owned together, and even the things my brother earned on his own. It devastated my brother's finances so much that he filed bankruptcy. Although bankruptcy gave my brother a chance to rebuild his life, it wasn't the only option available to him. My brother could also consolidate his expenses to rebuild his finances over time. However, bankruptcy seemed like the fastest option for him at the time. My brother's divorce and subsequent financial problems didn't happen to me personally, but they did teach me about consumer law, money and financing. I used that knowledge to build my blog. I hope that the information helps you find the solutions you need for your own financial problems.